On Thursday at Chelmsford, GEETANJALI was making her racecourse debut. Slowly away, she looked very green and was soon pushed along. She is better than her finishing position would suggest and is always going to be a filly for next year.

On Friday we started the afternoon off at Ascot where TAUREAN STAR takes his chance. Held up to get the trip, he was short of room when looking to challenge and found little for pressure failing to get home.

Later on the card MERLIN had been declared to run. With the leaders for the majority of the race, he was still disputing second over one furlong out and weakened tamely in the final furlong. He has had a long season and certainly deserves a break after some good efforts this year. 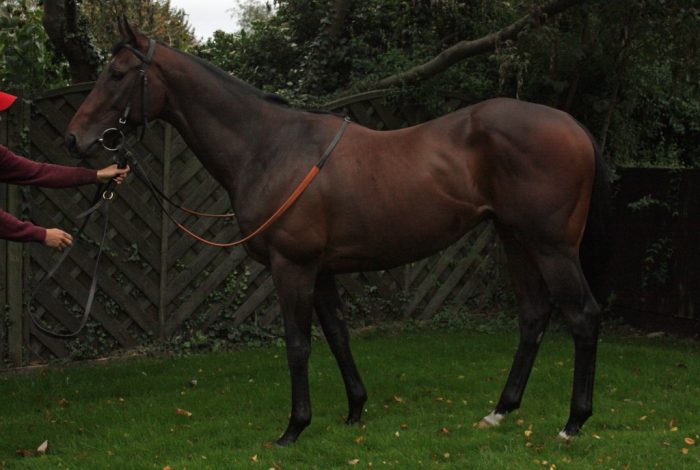 Today we have started the afternoon off at Redcar with FLYING SPARKLE. She raced down the centre of the track in touch and made some good headway over two furlongs out, She was slightly short of room when switched right over one furlong out. She was soon ridden and stayed on to chase the winner inside final furlong. It was such a good effort from the filly and she remains an exciting prospect for next year as she is still lightly raced. Later on the card DREAM MACHINE was settled towards the rear and when asked for his effort he went from last to finish third. He was given a lot to do and sadly the finish line came too soon for him. At Newmarket we stared the afternoon off with ICE DANCING. Held up in touch in midfield she made some good headway over two furlongs out. She was ridden and had every chance, but was unable to quicken and kept on at the same pace inside the final furlong. We rounded the day off with JIVE TALKING who took keen hold when held up in touch towards the rear. She was asked for her effort and kept on at the same pace making no impression inside the final furlong.

On Monday we head to Pontefract with DUKES GIRL. She has been slightly unlucky to remain a maiden at this stage in the season and it would be great to get a win on the board with her before she heads to the Horses in Training Sales. Later in the evening we head to Kempton where GLASSALT takes her chance. She heads into the race on the back of her second last time at Chelmsford and is looking to go one better.

Today the horses worked Across the Flat

Left to right – Ray’s the Money and Je Suis Charlie