On Thursday we headed to Leicester with SEASIDE DREAMER. Stepping up in trip, he had been gelded since his last start. He showed improvement from his first run and looks as though he will stay further.

Later on the card ARMAGNAC was slowly into his stride and was soon chasing the leader. He was ridden over a furlong out and stayed on at the same pace inside the final furlong.

On Friday we started the afternoon off at Nottingham with FIRST DRIVE. She got a good lead early on and had to be switched as the leaders faded. She looked held a furlong out, but picked up well to lead near the line.

Later in the day we headed to Haydock where we were hoping that MERLIN could provide us with a double for The Queen. He made all to win easing upon the line. He is a tough, uncomplicated horse and looks progressive. He is now 2-2 at Haydock and looks to be capable of better. Sadly he was our only runner after Haydock was abandoned after the tragic accident that occurred at the racetrack.

In the evening we were pleased with the effort shown by DUCHY who was making her seasonal debut having been off the track since April 2016. Slowly away, she travelled nicely and when asked for her effort she looked to get tired as she met the rising ground. She is sure to come on for the run and hopefully we can find a race she can be competitive in.

We rounded off the day with SHIMMERING LIGHT. Dropped back in trip she did not appear to find anything and seems to be slightly struggling since her decent maiden run at Newbury on her debut. 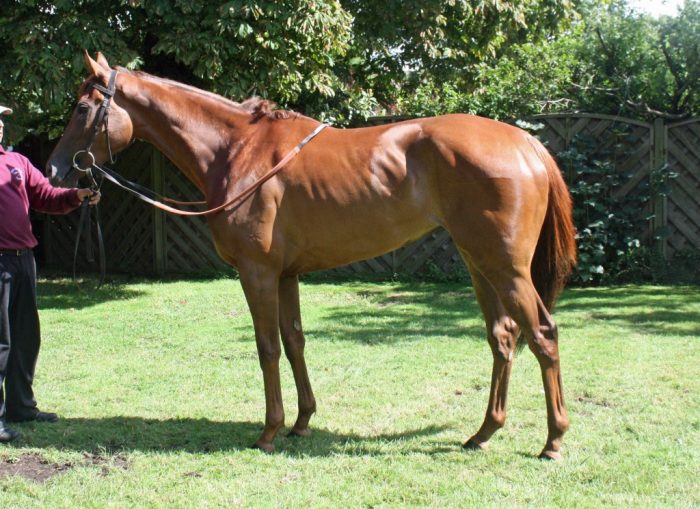 Yesterday our only runner was RAYS THE MONEY at Newmarket.  Stepped up in trip and on soft ground for the first time he did not appear to be able quicken as expected and was eased when beaten. He looks as though he stayed the trip and this will open up more opportunities for him.

On Monday we have declared JIVE TALKING at Windsor. She appears to be in great form after her win at Beverley and hopefully will be competitive again.

Left to right – Taurean Dancer and Neverbeen to Paris

Left to right – Sheriff and Demurrer